Appreciate yourself and say NO 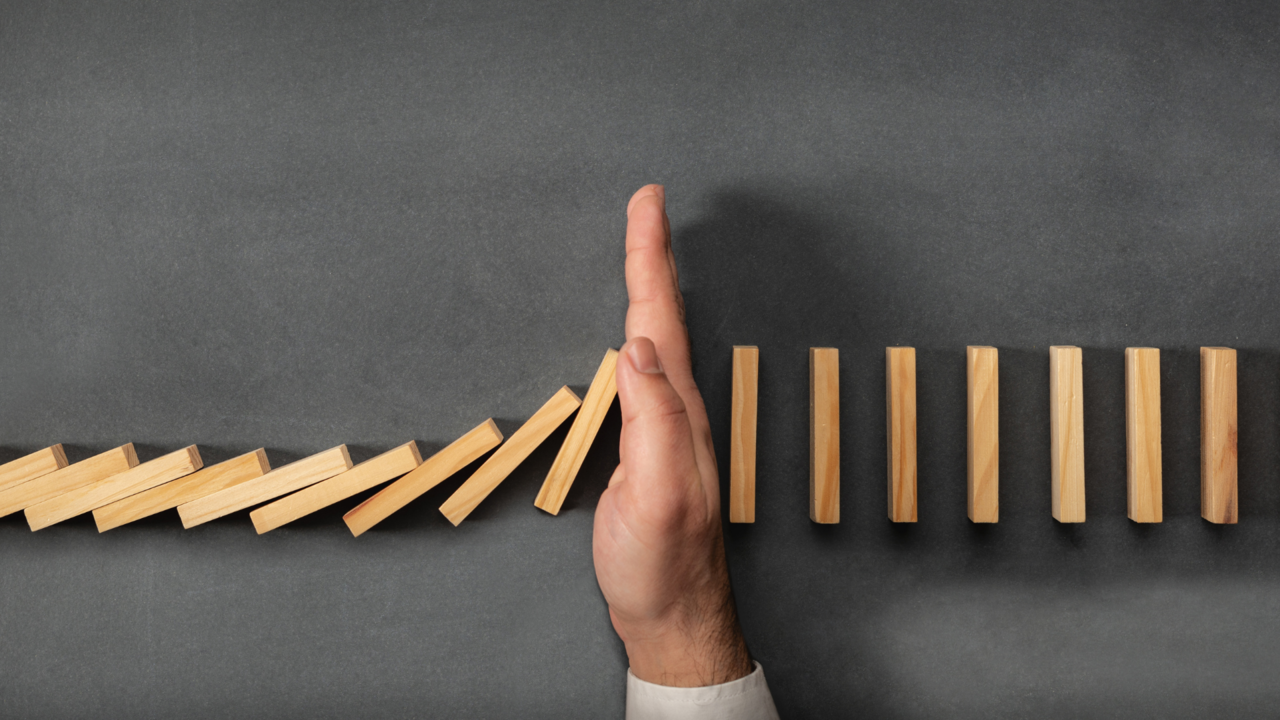 In my practice I get the privilege of working with smart people from a broad range of careers who mostly struggle with managing boundaries. I know growing up I was told ‘be polite’, ‘respect your elders’ and ‘don’t rock the boat,‘ and while they were well intended phrases from my parents, they became so ingrained that they became a hinderance to me in my career.

I was one of the lucky ones. I learned it early on in my career thanks to a wonderful manager who was highly effective at managing her own boundaries. She had kid gloves when she said ‘No’ in her oh so many ways. What many people don’t realize is that when we say ‘yes’ to something we are also saying ‘no’ at the same time to something else. You may be guilty of this without even knowing it!

In order to be successful, others need to know who you are, and they can’t work it out if you are saying ‘yes’ to everything. That’s true from a marketing perspective; clients want to know they are engaging someone with deep skills in an area rather than a generalist with narrow experience. From a leadership perspective, colleagues and direct reports need to discern what you stand for otherwise you’re hard to trust and they’ll never know when you’ll have their back. Friends and family will struggle to recognize when you’re prioritizing them over something else and will perhaps value the relationship less leaving the connections in the transactional zone, with less meaning.

When you’re unable to say ‘No’ it can get pretty stressful real quick, especially if you have competing demands. I remember a lawyer who decided he would say ‘yes’ to every opportunity in his first year of being a partner. While he learnt a lot about opportunities he enjoyed and who he liked working with he also exhausted himself in the process. Those who knew him well reported he became very stressed early on and was not the easiest housemate to live with that year. He was no longer the fun-loving friend who could be spontaneous. While it was a stressful and exhausting year there were some personal benefits. He got a taste of what he was giving up to adopt this strategy and he found out how much resilience he actually had!

Now while this approach is not for everyone, it worked for him because going into it he understood what would be possible and what he needed to give up in order to make it work. His level of socializing with friends was significantly reduced and I guess not being in a committed relationship also helped. What I think enabled him to sustain his performance was taking care of his health and knowing it was only a year’s commitment to working this way.

Speaking to him after his first year, he describes it as a crazy year, and smiles about his decision saying he’s not sure if he’d do it again. Lucky for him, he has a reminder of what it could be like if he said ‘Yes’ too many times again. Not all of us have this and that could explain why it takes some time for others to realize they may have said ‘Yes’ one too many times.

If you are feeling overwhelmed at work, this could be why.

When we feel obligated or feel that we have no choice but to say ‘yes’, we start to feel resentful of the person asking. The reality is the person asking recognizes you are an adult and assumes you are more than capable of speaking for yourself. Or perhaps they sneakily asked you because they’re confident you’ll say yes.

My clients often feel resentful when they are asked to work over holiday periods because they don’t have family around or children. Sadly, you have no one else to blame but yourself if you do feel resentful. It’s a clear sign you need to learn to start advocating for yourself rather than waiting for someone else to do it for you.

Now, I’m not suggesting you should say ‘No’ to helping out a friend or staying late in the office now and again or doing the weekend roster. What I am saying is, understand your own boundaries and limitations so that you can express your needs and take care of yourself in the process.

As we grow older our responsibilities tend to grow with us, whether that’s financial, family or work. Depending on your industry, you may feel the need to socialize during the week with work colleagues or clients and their influence may lead you to behave in ways that are uncharacteristic for you.

Clients have reported to me how they feel they are the most successful salesperson in their team because they go out and ‘party’ with clients. The impact however is that their key relationship is left un-nurtured and their ability to manage their time well starts to decline as the socializing aspects of their role increase. Linked to this is inadequate rest and sleep which leads to cognitive decline and decreased productivity. If you are prepared to make your role and work success the most important thing in your life, then neglecting other aspects is not an issue.

It’s easier to say YES than No

For those of us with children we have all done it. Giving in to a request to avoid a major meltdown out in public. If it is easier for you to give in to a request than refuse it, then you need to consider what you are trying to avoid. For me with my children, I didn’t want to draw attention to myself or be embarrassed by my child’s behavior. I got more comfortable with it as time went on. And. So. Will. You. If you start responding to requests in a way that honors your boundaries and limitations and respects the person asking, it will get easier over time. And you will feel empowered as you hold the line.

If you’re like me, there are many times in the past when you wished you had responded in another way instead of just saying ‘yes’. When I did this, I used to berate myself when I got home from work for how weak I thought I was and how I should have responded differently because now I had to explain why I couldn’t do something else I had promised someone else. Until I came to realize that I said ‘yes’, because I wanted to be a part of something exciting and I wanted to be on a team that appeared to be going somewhere. I saw it having long term dividends, even though I hadn’t known it at the time. Once I realized that, I was able to speak to myself in a much kinder way and it was easier to explain that, to that someone else.

Ruminating over your 'freeze moment'

Hopefully there haven’t been too many of these times when you sit quietly while something (or someone) boils your blood to the point of an eruption, yet you show no outward emotions. This can occur in a one-sided performance discussion, someone berating you for something you did or didn’t do or a ‘did they just say that?’ moment. Many people experience this as a ‘freeze moment’ which in itself is a self-preservation strategy however without any input from you, it is also a ‘yes’ moment. We would all love to have the ‘gift of the gab’ and be able to respond however that doesn’t always happen. In the situations, I encourage you to find your words and speak up. If that isn’t possible, re-visit the situation when you have and provide your input.

In conclusion, saying ‘No’ is a self-care strategy and it helps you to navigate the multiple demands you have on your time. I encourage you to lead others by example and effectively manage your boundaries so you can become a successful all-rounder rather than a limited success.

Do you want to live a life of grace and ease? Do you want your life to compliment who you are? Do you smile politely when others don’t show any interest in YOUR point of view? Are you all about curating a life that is rich and connected so that you don’t feel like you need to take a holiday from it?

I think we could be kindred spirits. And I’d love for you to join my weekly newsletter.

When you do, I'll alert you to new blog posts, new programs and products, and new habits for you to enhance your wellbeing, increase your connectedness and build an enviable professional reputation! I promise to be relevant and real, and to send only thoughtful content and advice.

If you don’t know where to start, I developed a mini bundle called, The Ultimate Busy Woman's Self-Care Bundle! Check it out here! It will definitely help you to put yourself at the top of your big to-do list. The bundle has 101 tips to practice self-care, 31 motivational quotes, self-care planner and self-care journal to help you get started on your self-care journey. 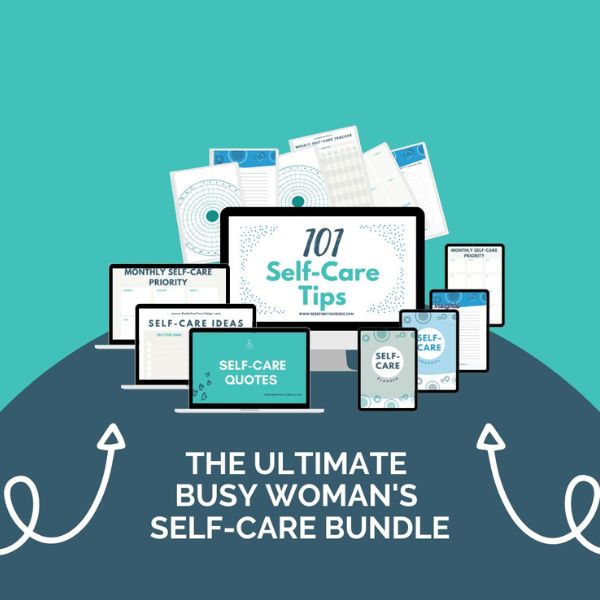 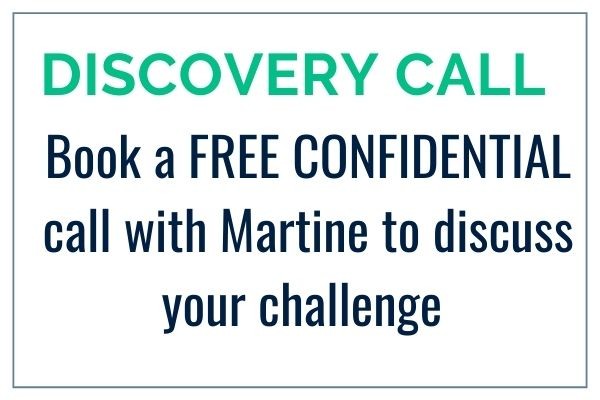 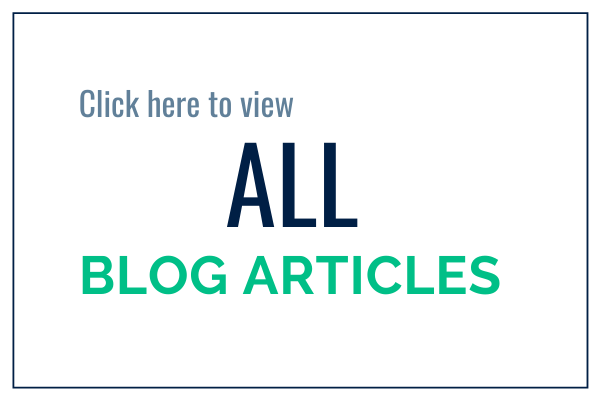 Rekindling intimacy & romance in your relationship when you both have limited time
feelings relationships resilience
Feb 06, 2023
How failure teaches you to be more flexible
failures goalsetting resilience
Jan 31, 2023
The reasons we develop bad habits and why they’re so hard to break
change goalsetting habits new year's resolutions
Jan 23, 2023
Close