How Sleep protects YOUR health 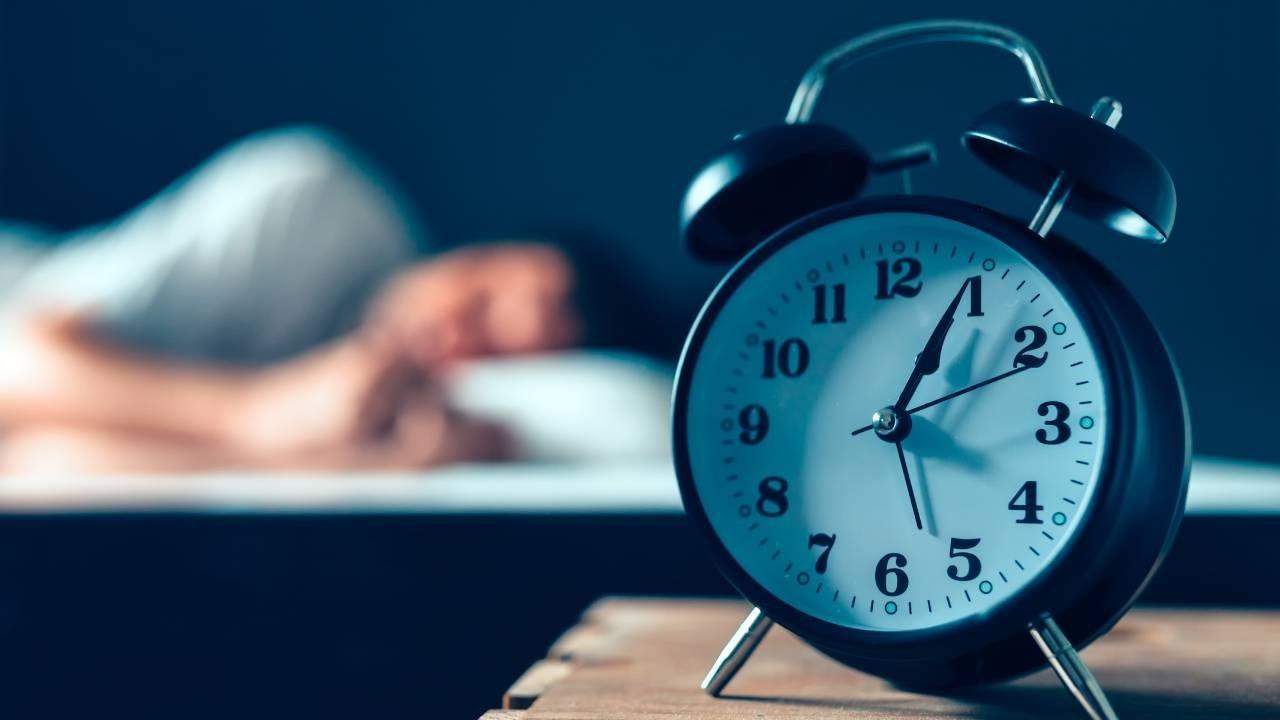 Until the 1950s, most people thought of sleep as a passive activity. We now know it is essential for our survival and wellbeing. It provides the opportunity for our body and mind to repair themselves and it is critical for maintaining good physical and mental health.

Sleep allows us to conserve energy, consolidate and reconsolidate memories, process information, regulate body temperature and stimulate various nerve circuits within the brain to ensure its proper functioning. The sleeping brain also helps the body’s stress response to switch off.

Sleep is not a luxury.

We’ve all suffered through days of headache, fatigue and irritability after a bad night’s sleep for whatever reason. Sure, you can make up for it with a power nap or by sleeping it off the following two nights. But when insufficient sleep becomes the norm and you’re not getting anywhere from 7 - 9 hours of quality sleep each night, then problems start developing.

Poor sleep contributes to 67% of all illnesses and 12% of mental illnesses. It is a significant protective factor for your health and particularly your mental health. 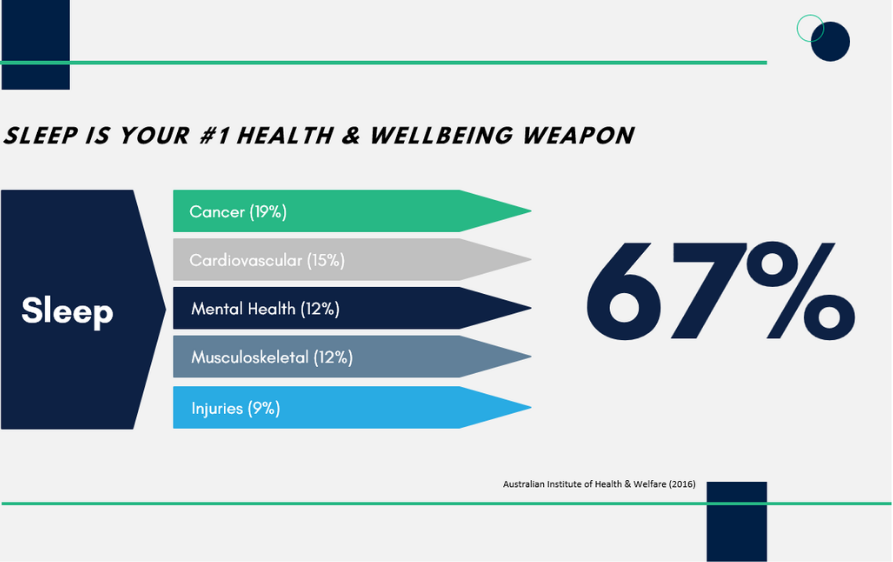 Depression, anxiety, cognitive decline, such as memory loss and dementia, are all symptoms of insufficient sleep. Studies have shown that those who get less than 6 hours of sleep report less sociability and confidence, and increased levels of anger, hopelessness and despair. It’s also been reported to have a negative effect on judgment, alertness and leadership credibility.

Cortisol (the stress hormone) is one of the hormones that is released in excess when you suffer from poor sleep. This results in mood swings and anxiety. Anxiety then tends to set up a self-fulfilling prophesy loop that a healthy night's sleep is no longer possible. High levels of stress also result in elevated blood pressure and cholesterol levels, as well as an increased risk of inflammation. So high levels of stress and poor sleep habits are not a good combination. 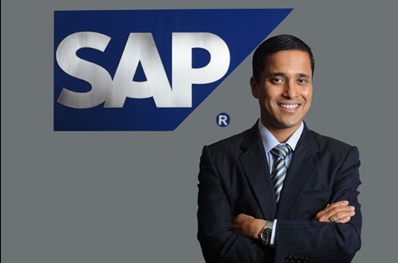 Ranjan Das (1971 – 2013), CEO and MD of SAP Indian subcontinent died after a massive cardiac arrest in Mumbai. While he did everything to maintain his physical health, he managed on 4-5hrs of sleep a night which is what killed him in the end, according to his autopsy. When we sleep less than 6 hours or less a night our body makes adjustments to proteins in our blood which over time become toxic and lead to cancer, arthritis and heart disease.

While most of these symptoms can be eliminated once sleep patterns return to normal, the problem is that most people who suffer from poor sleep fail to consider it an issue until a secondary issue arises as a result of poor sleep. As a result, the impacts of poor sleep go unnoticed and untreated for longer. When treatment is needed the adaptive insomnia requires longer to be unlearnt and medication is often perceived to be an easier solution. However, behavioural changes have been proven to more effective than medication in the long term, and it has no negative chemical side effects!

The good news is you can turn things around for the better even if you’ve suffered from poor sleep for years, like one of my clients, Joanne, a Marketing Executive. 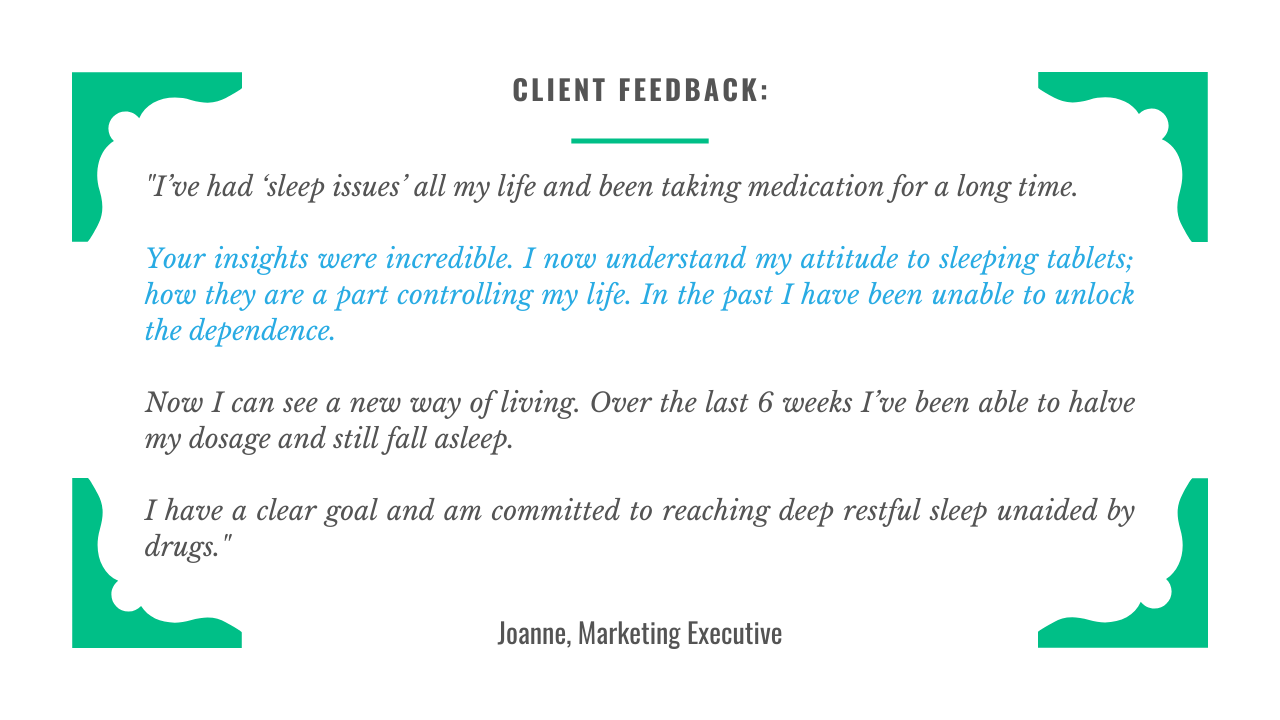 Four months later Joanne was taking only half of her sleep medication.

Speak to Martine about your poor  sleep?

Do you want to sleep better? Do you want to wake up feeling refreshed and ready for your day? Are you struggling to implement sleep habits that you know will benefit you? Do you wish you could guarantee yourself a good night's sleep every night?

It might be time to talk to a professional who is trained in psychological approaches to sleep so you can resolve your sleep issues without medication.

Click here to book in a no obligation 15-minute call and get your sleep goals back on track.

Download my free 'Self-Doubt to Self-Assured' blueprints today
and let’s get you started on your path to success!